The Latest Case in Enforcement of Design Patents

In 2021, Wepay Global Payments LLC obtained a design patent (US Pat. No. D930702) for “a display screen portion with animated graphical user interface,” as shown in the pictures below.

The broken lines, as well as the process in which one figure transitions into another, are not part of the claimed design. It is therefore difficult to determine what this design patent is actually claiming. This, however, has not stopped Wepay from trying to enforce the patent.

Wepay has filed 11 infringement suits against PNC, Apple, Tesla, Amazon, Bank of America, PayPal and other well-known companies. Wepay alleges infringement of the design covered by the ‘702 patent, which includes an icon with three squares that simulate a QR code, a screen where the user can choose the recipient of the money, and a display screen with a zero value, where the user can input the amount.

While on one hand a Texas court denied PayPal’s motion to dismiss, on the other a Pennsylvania court agreed with PNC in finding the two apps dissimilar, the only similarity between the two being limited to basic geometric shapes, with differences notable enough for an ordinary observer to distinguish them. In particular, the court pointed out that any similarity between the two designs appears like a QR code, which has been invented before the ‘702 patent.

Given the various lawsuits filed by Wepay, it is expected that the Pennsylvania decision will be appealed. It will be interesting to monitor the process of the ongoing cases, as they will likely provide some insight on the application of the test for design patent infringement.

Dashed Lines Broaden the Scope of a Design Patent, But this is Ridiculous

A Tale of Two Motions: A Closer Look at Motions to Dismiss in Design Patent Cases 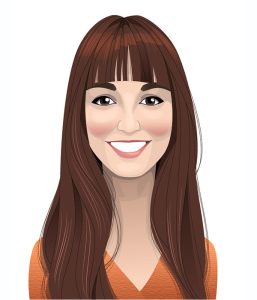