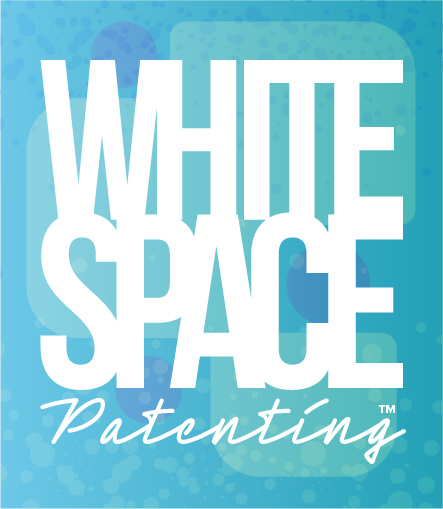 What is White Space Patenting™?

A Focus On Strategy

White space patenting™ is a focus on strategy. Why is strategy important? Without it, most inventors are just wasting their money. It is said that fully 80% of patents are never commercialized at all, and at least 95% of patent applicants never make back the money they spent on the patent attorney.

The biggest problem with most patent drafting is that the drafter focuses on specific embodiments of ideas, rather than the ideas themselves, and specific technologies rather than markets. Most inventors and patent counsel start with what the inventor considers to be the “invention”, and then branch out as far as they can until they run into prior art. That yields an “invention centered” application; one that covers the invention but not the marketplace.

Instead of focusing on “what the invention is”, they should be asking “what do you want to stop others from doing?” That latter question is “market centered” and ends up claiming far more than what the inventor thinks he invented.

How is that accomplished?

Brainstorming. That sounds easy. Many patent attorneys will do some level of brainstorming. But moving beyond an invention-centered approach to a market-centered approach is something different. Fish IP™ is utilizing a deep understanding of innovation, expertise in a broad variety of fields, years of experience in writing effective patent claims, understanding how to define and shape targets, and fostering the kind of creativity that results in an ability to think and see beyond what look like innate limitations.

Fish IP™ understands what constitutes a patentable invention, performs thorough searches, and applies both creativity and brainstorming during the process to locate and fill the white space.

Most, and by that we mean 99%, patent attorneys are not writing effective claims. The focus needs to be on market-centered claiming, as opposed to invention-centered claiming. The claims of a patent application are going to define whether a patent is ultimately useful… or useless.
White Space patenting™ isn’t an a la carte service Fish IP™ clients need to ask for- It is our approach to providing clients with the most comprehensive, market-centered, and cost-effective patent solutions available. Contact us to set up a consultation and learn more about White Space Patenting™.

if you want to more in detail about how to patent using the White Space Patenting™ method, you can order a copy of Bob’s book from Amazon.com by clicking on the button. 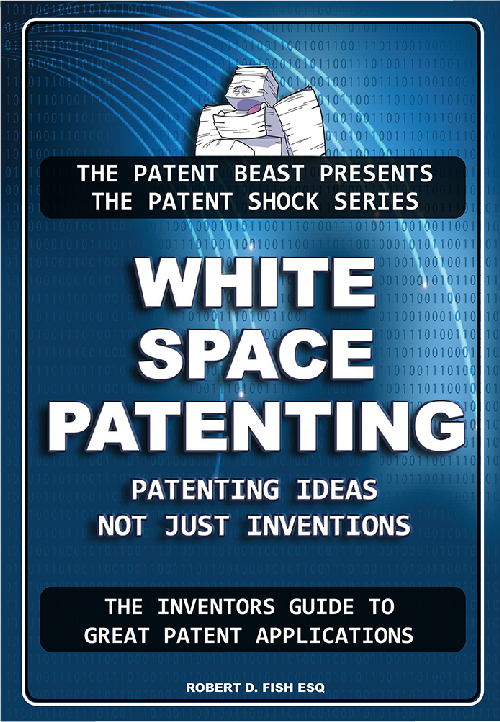