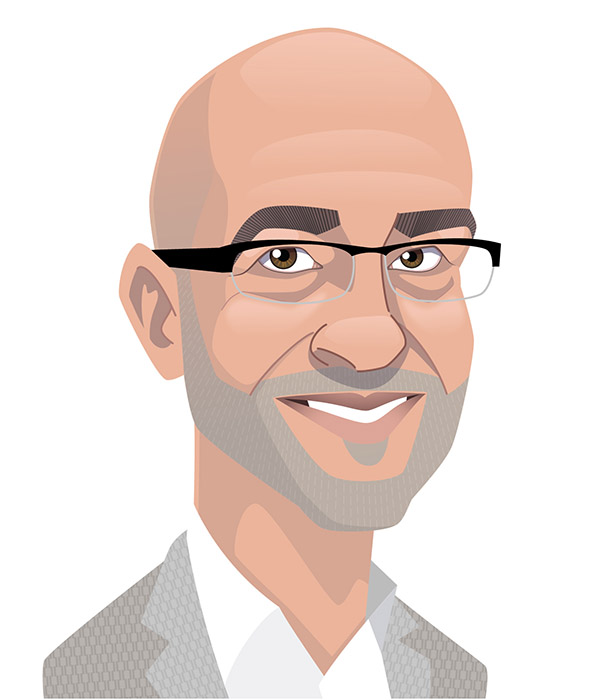 Before joining Fish IP™, he worked as a freelance illustrator for 22 years. He has worked for many large publishing houses doing licensed children’s books: Disney, Little Golden Books, Simon and Schuster, Random House, and Leap Frog. The PowerPuff Girls, for which he did around 20 books and book covers, was one of his favorites. He has also worked for Cartoon Network on the Foster’s Home for Imaginary Friends series. You can find some of his work by just googling the name or looking for him on Amazon.

He started doing work for Fish IP Law™ back in 2006 drawing the Patent Beast™ comics. Beyond that, he illustrated several of Bob’s books, did the Museum of Patent Art™ pieces, and also does the caricatures. But in 2018, he gave up freelance work. Now he works in-house where he drafts patent drawings, does the FishFAQ™ videos, produces fishart™, and takes care of the website as well.

Dave has been playing guitar since he was 16, loves soccer and the LA Galaxy, all things creative, and is an avid reader of classic literature. He is also a dual Italian/American citizen.